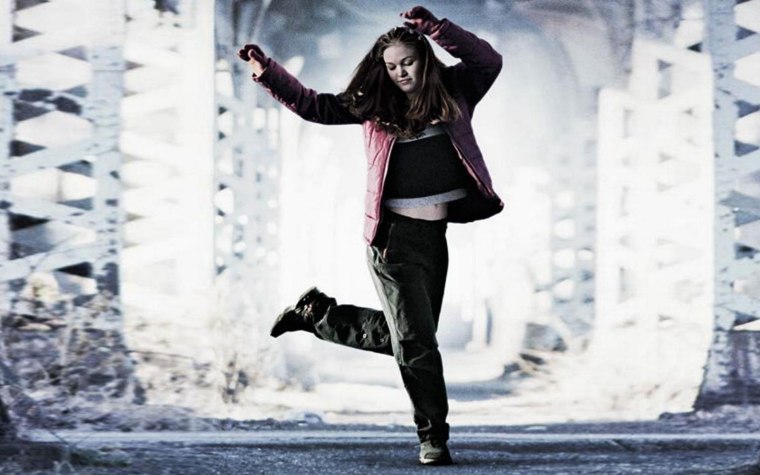 Week 2 and we seem to have naturally gravitated toward another dance movie. Absolutely no fucks are given about that fact, as you can imagine but this is Free-for-all month (or Blog Free & Die Hard) so we’ll try and mix it up. Or not, who knows?

This film, I found out on my rounds through the internet, is one of the top 5 highest grossing dance movies of all time, or was and typically, I can no longer locate my source. So you’ll just have to trust me on that.

I think this is a very interesting fact given that there is no nudity and Channing Tatum isn’t present at any point (more’s the pity). But perhaps the fact that it addresses some very real and sadly still relevant issues has something to do with it.

IMDB Synopsis: A white midwestern girl moves to Chicago, where her new boyfriend is a black teen from the South Side with a rough, semi-criminal past. 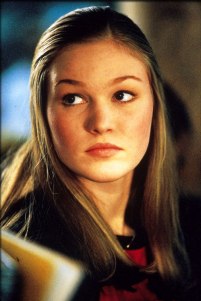 Sara Johnson (the whitest girl’s name in the history of cinema?) was a promising ballerina until her world was rocked by a tragic accident that took her mum away forever (driving like a loon on the way to Sara’s audition, natch). As a result of this heart-breaking loss, not only does Sara lose out on her dream of attending Julliard, she also hangs up her ballerina shoes for good because fuck dancing, frankly.

Not content with taking Sara’s ma, the universe also cruelly tears her from the bosom of her lovely home and solid friendship group, though her best friend is a fucking judgey dork to be honest so good riddance – and she’s forced to go and live in Chicago with her largely absent jazz musician dad Roy (Terry Kinney).

This film goes all Dangerous Minds as Sara is introduced to her new ‘urban’ high school: AKA Sara steps through metal detectors to realise she is one of a handful of white students. In one of her first classes (English), she meets a cocky and very bright hottie called Derek (Thomas). Later, on the cusp of making her first friend, she slags him off and learns this potential pal is actually his sister. Oopsy.

Luckily, Chenille (Washington) thinks this is hilaire and the two bond. Voila, Sara now has a new BFF and an instant crew. STEPPS fyi is the club the kids frequent and on the first night Sara cements her relationship with her first bully, Nikki (Bianca Lawson), just by turning up it seems. Nikki is Derek’s bitchy ex and she does not like anyone touching her things.

Sara might look like a kitten but she’s got claws and also balls frankly, so she easily sticks up for herself and her friends (there’s an interesting moment when the definition of ‘negro’ is challenged) – and then she dances (badly) with Derek out there on the floor. In your face, NIKKI! This short session ignites an interest in Sara and she starts getting ‘hip hop’ dance lessons from Derek. Can you see where it’s heading from here? Bet you can’t!

Derek eventually wrestles out of Sara what really happened with her mother and why she doesn’t want to dance any more. Once the walls are down and the gloves are off, there’s no more reason to be shy and the kids become a couple. Ahhhh. But – and this might be why this cheesy little dance flick differs from most of the others – it’s not that simple.

There’s an elephant in the room (not literally, though I’d have been up for a body popping pachyderm) and that is race. Although the lovebirds are wrapped up tightly in themselves, it soon becomes clear that not everybody is down with it. Particularly Nikki who fights Sara in gym class. Derek’s mate Malakai (Fredro Starr) too has beef with Sara not least because she seems to be taking Derek away from him (also that she busts him about to beat down on a female school mate).

I should note here that Derek isn’t just a cute dancer, he’s also extremely gifted in his own way and well on his way to becoming a successful pediatrician (He loves kids everyone!). He’s accepted to Georgetown University and Malakai doesn’t like it one bit. Seems there was a criminal activity in their past that Malakai took the wrap for. As a result, he wants Derek to get involved in a potentially violent new job, even though he really doesn’t want to.

Chenelle as well has her work cut out for her with a small child and little help from her baby daddy. This shit is real gang, I mean it looks fluffy but all the major characters are dealing with their own form of trauma. The question is, well see below for the questions.

The question is (amoung many, many others): will Sara ever get back on the barre? Will she strap on those slippers and dance ’til she can’t dance no more? Will the couple get beyond their differences and make it in the real world? Will Chenelle ever catch a break?

Will Sara and her father find a common bond so they can move on with their lives?

Will Malakai rue the day he failed to take Derek’s advice and buckle down to an honest life full of honest work? And will Nikki ever redeem herself? All these questions and much more will be answered I can assure you!

Dear fucking God this was better that the last Julia Stiles film we reviewed. I think that got a record 1/5 rating which, I should be honest about, was not down to Ms. Stiles herself. I quite like her to be honest and I think she gave the character of Sara way more backbone that she could have.

Sara seemed quite socially conscious which I enjoyed, especially when she sasses Nikki out in the club. I liked that both Nikki and Chenelle call her up on dating a black man and how she should think about how that could be perceived, and that she does. Even though Chenelle backtracks and soon realises that Sara isn’t just in it for the ‘novelty’.

The Malakai storyline is a little weak (this film is the PG version of the Boys N’ the Hood with some dance lobbed in) but it’s a plot manipulated to paint Derek in a more flattering light I get that. I also get that Derek is the poster boy for “Not like all the others” but it might have been nice for Sara to fall for a decent guy who didn’t necessarily hanker after healing sick kids, have an astonishing GPA and knit sweaters for puppies in his spare time (the exact opposite of an evil gang banger, right?). You know?

But of course this is a Hollywood film and only astonishing characters deserve good things and that’s just the rule of the playground. All in all, it was a fun one to revisit with good performances and the soundtrack is absolutely BANGING (now on my iPod for my next big workout).

UPDATE: In my excitement I forgot My Rating: 3.5/5. Decent and an interesting look at white privilege in a seemingly superficial setting. Good to revisit.

What did my wifey think? Was this a sexy & sweaty all-night danceathon or will she confine this one to the Gangnam Style files (AKA over before it even began)? Find out here.

3 thoughts on “Save the Last Dance (Film) Review”