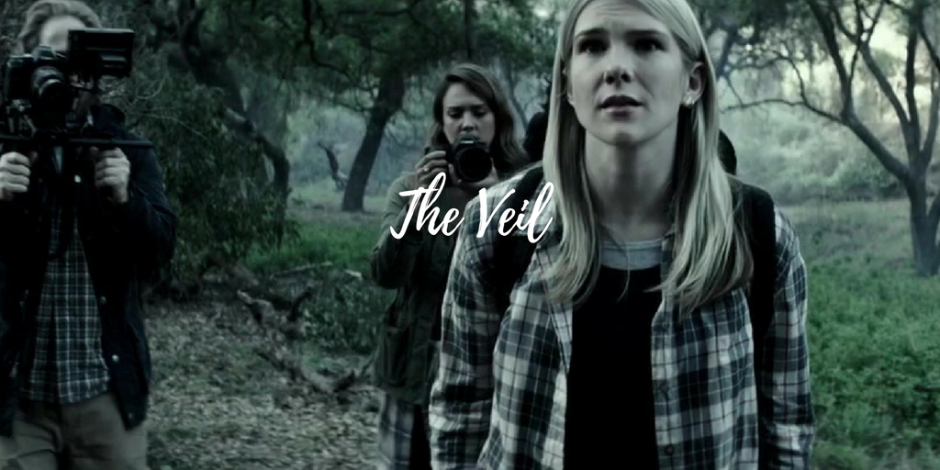 March’s ‘theme’ is going to be Based on True Events and definitely takes us back into bad movie territory, which is exactly where Jill and I wanted to be. After all, our mutual love of the sublime and the ridiculous is what bonded us in the first place. So expect a lot more snark in future reviews.

I’m also going to cut out a lot of my preamble and get to the fucking point, so here goes.

Twenty-five years after members of a religious cult committed mass suicide, the lone survivor returns to the scene of the tragedy with a documentary crew in tow.

You may be wondering where the ‘true’ part of this tale comes in. It was inspired by the real life events of Jonestown apparently (something I had only vague knowledge of before this) and which makes this re-imagining of events all the more eery. Or it should be eery anyway. Certain elements of this documentary-film-within-a-film concept work well and are enjoyable while others are too pedestrian and stupid to be scary.

Anyway. Jessica Alba locates the only living survivor of the tragic mass suicide at Heaven’s Veil twenty-five years after the fact and persuades her to be part of her documentary (podcasts are more de rigueur these days, duh). The doc should help them figure out what happened on that fateful day, and determine what lead all those people to do what they did, see?

What’s it to her though, you might ask. I mean, it’s Sarah Hope who’s lived her life defined by these events, right? Turns out Alba’s Maggie Price also has some closure of her own to take care of. Don’t worry you’ll find out more on that later.

So off the gang go with thousands of dollars worth of recording equipment and a van into the woods. The commune is obviously set on an estate surrounded by the woods because that’s where all nasty events take place. And while the gang set up a small campsite, they spend an awful lot of time hanging out in an abandoned cabin/house where no good can ever come of anyone or anything.

A few words about the crew. They’re a mismatched bunch of men and women, of varying degrees of attractiveness, all ripe for horrible deaths – because yes, this is one of your (below) average horror flicks with a religious cult flava – SURPRISE!

Sarah isn’t taking her return to the site very well and keeps getting violent flashbacks (who knew?). She has no idea who she is or even who her parents are. Commune living, yo. One of the objectives of the team is to locate some old films recorded by the cult and its charismatic leader (aren’t they always?), Jim Jacobs (played by Thomas Jane, the fourth best Punisher). These reels feel like they might hold the key to the whole shebang.

Once they’re found *Spoiler Alert*, we slip into found-footage territory for a bit which I quite like. I also like an abandoned old building so the build up is interesting at least. Did I mention that on the first night one of the team seemingly freaks out and steals the van with all the equipment in it so the rest of them are stranded? Yep.

Via the FF we piece together an image of JJ and the life he’s built for/with his loyal followers. There’s not too much sexy stuff going on in the tapes but he does have a right-hand woman in love with him and there are an awful lot of children milling about so you do the math. (The first thing I think of when I think about cults is all the sex they have).

Mostly JJ seems occupied with death and resurrection, putting together a powerful poison and an accompanying antidote so he can die and then rise, again and again. I didn’t really tune in to his teachings if I’m honest, but it seems to be the usual bullshit. I’m so sick of middle aged men and their preaching, it was a piece of cake tuning this crap out.

Thomas Jane for the record is the cast member having the most fun here. He might actually be the only one. Alba looks very worried all the time while I don’t even know what the rest of them are thinking. Two of them go off to find the missing crew member/van (but also to fuck by the looks of it). It doesn’t matter because, apart from David Sullivan (who I like from other stuff), they all look, sound and act the same.

Sarah Hope meanwhile is learning all the time (like who Mummy and Daddy are) and what all the culty resurrection shit was about. Also weird things start to go bump in the night/day. This basically means that something is amiss at this site, like maybe not all the souls left that day. Knowwhatimsayin’?

Will our ambitious and plucky documentary team get the fuck out of dodge before JJ and his ghostly chums can recruit them? Will Alba find the peace she was looking for? Will Sarah?

Will you even make the end of this frankly poor horror/thriller/whatever? I don’t know. It’s not the very worst thing I viewed this weekend, that would be this but apart from the tenuous link to real life events at Jonestown, this was just another cabin in the woods murder by numbers affair with a slightly more attractive lead than usual (that’s you Alba).

Alba by the way is supposed to be the leader of the crew though let me tell you, somebody needs to go back to Project Management school pronto. The ending is also abysmal and nonsensical.

What did Jill think of The Veil? Find out here.

6 thoughts on “The Veil (Film) Review”