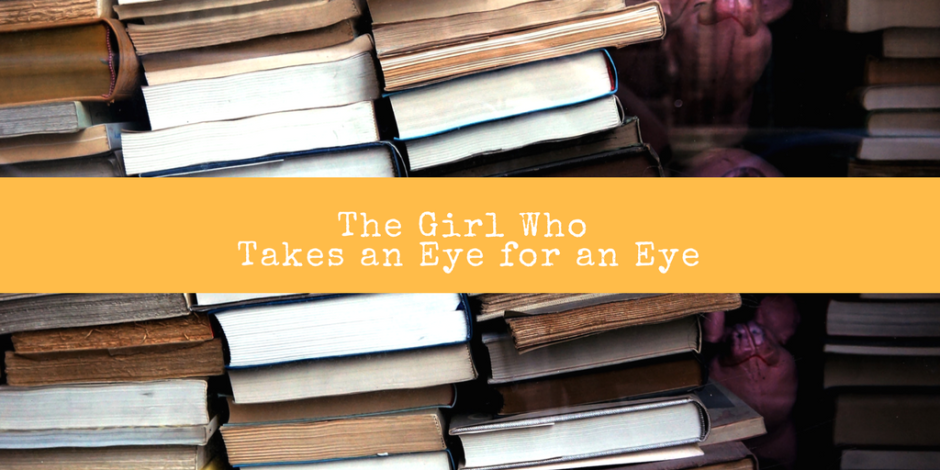 You can imagine my joy when I found out Lisbeth Salander was back.

In her second story penned by David Lagercrantz, our heroine is incarcerated – Lisbeth in prison! – for her actions in The Girl in the Spider’s Web. Despite the fact she saved the life of a brilliant young boy using any means necessary, the feds are keen to punish her for the those means – and it’s bullshit. But Lisbeth doesn’t really care as long as she has access to her physics books.

A girl like Salander can run her business from anywhere – and she does. This time round she’s not only fighting the corrupt prison system from within, she’s also protecting the life of a fellow prisoner who has suffered great injustice in her own life.

Meanwhile, Blomvist has been tasked with his own project – to find out more about a mysterious woman with a birthmark on her throat – who may or may not have an awful lot to do with Salander’s past.

Although I don’t think this secondary series can go on for ever, I’m always pleased to pick up on the further adventures of Salander and Blomvist. I have an awful lot of fondness for some of the lesser featured characters too and that’s why I’ll probably always pick them up.

In all honesty, the last two (including this one) are written competently but they’re nowhere near as memorable or as tight as the original trilogy (OBVS). There are no real criticisms from me on the writing and my bias would make it very hard to pull it apart, these books do exactly what I want them to. Although, if pushed, sometimes the flipping to and fro between each story arc can get a little frustrating, especially when I’m getting into something really interesting. (I know lots of books do this and it’s a technique to hook you in, but it seems to flit quickly between each chapter a lot here).

As the tale of TGWTAEFAE unfolds, we meet some new characters who share a connection with what happened to Lisbeth and her family. This keeps it fresh but I think personally there are often too many characters to keep up with. Thankfully, Lagercrantz has the sense to put a glossary of who everyone is in the front of the book, which helps immensely.

I would have loved to have had more time in the prison system with Lisbeth and maybe learned more about the motivations of the prison bully and her crew. But this is minor and I got enough action to keep interested.

I think it would be fitting for Lagercrantz to round his series off as a trilogy then hang up his hat. I would never want to get tired of this universe or any of the characters that inhabit it – although, didn’t I just say above that I’d always pick them up again? You got me. Bring it on – just keep it good, yo.

What are you currently reading?