I stole this idea from last month’s Cosmopolitan, not going to lie. It was lying around in the gym last night and I take my inspiration where I can get it. Cosmo’s version has more of a single girl flavour though, choosing to celebrate the solo babes of cinema in line with the release of Bridget Jone’s Baby.

I’m just picking the 8 movie women I’d most like to hang with and why, because why wouldn’t I? It’s an awesome plan.

In no particular order: 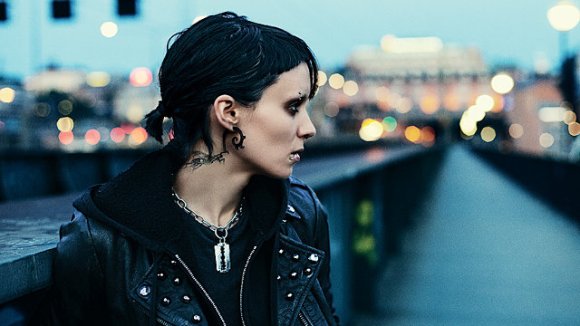 Who? Lisbeth Salander (Rooney Mara, The Girl with the Dragon Tattoo)
Why? Look, Lisbeth isn’t exactly warm and fluffy, I know this. Hugs might be a little light on the ground but when it comes to loyalty, there’s nobody more so. I’m all about that and appreciate it in friends. Plus, if I accidentally ever send a dodgy email to somebody, who better than Lisbeth to intercept it before it gets read?
What she’d teach me: How to actually use my laptop for more than just streaming Netflix and buying toot. 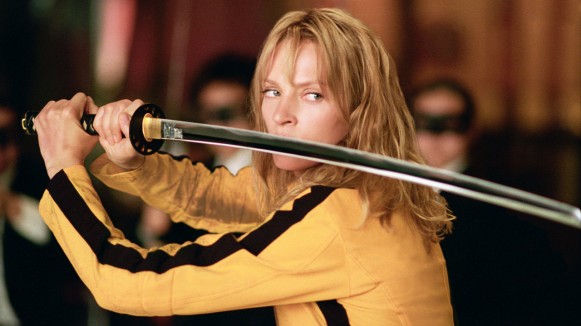 Who? Beatrix Kiddo AKA The Bride (Uma Thurman, Kill Bill: Vol. 1 & 2)
Why? She’s just very cool and focused. I could use inspiration like that in my life. She also has the whole revenge thing down pat so I know, if anyone ever really hurt me, she’d have some tips on how to deal.
What she’d teach me: How to be handy with the Japanese steel, or failing that, a stick from the park.

Who? Alabama Worley, née Whitman (Patricia Arquette, True Romance)
Why? Alabama is sweetness personified with, like me, a love of martial art movies and pie. She also believes in true love and girl, you got me there. Love is the only thing that really matters in life as far as I’m concerned, be it romantic, parental, whatever – there’s a reason it makes the world go round.
What she’d teach me: How to be creative and strong in a fight, whilst rocking the shit out of leopard print and candy-coloured Lycra.

My tribute to Alabama, here.

Who? Mary Mason (Katharine Isabelle, American Mary)
Why? Mary would be the hot friend I had a bit of a thing for. She’s an academic but she’s also open to trying new and bizarre things. The desire to accompany her on these adventures would hopefully rub off on me. She’d likely be the most open-minded of the gang and ferociously feminist, which is fine by me.
What she’d teach me: To express myself better. How to be braver when I get piercings. 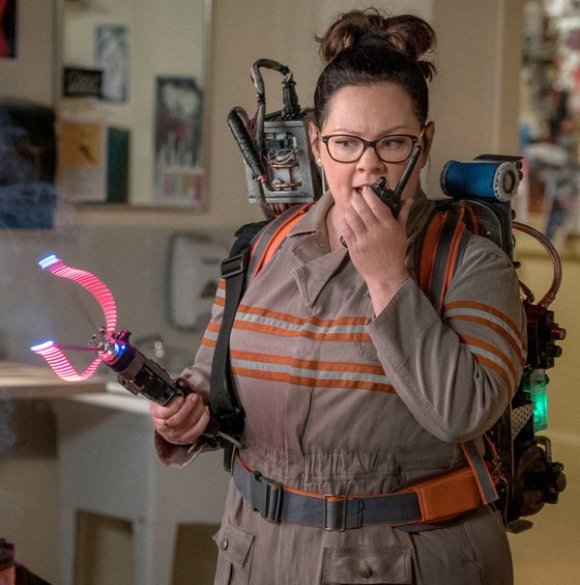 Who? Abby Yates (Melissa McCarthy, Ghostbusters)
Why? She’s so fun and smart, and rocks a boiler suit like nobody’s business. She’s also not afraid to fight for what she believes in (ghosts), even when the rest of the world is rolling their eyes at her and her team. She’d probably make me look cleverer just by association.
What she’d teach me: Sciencey shit and how to wield a proton pack (like I wouldn’t ask to try it). 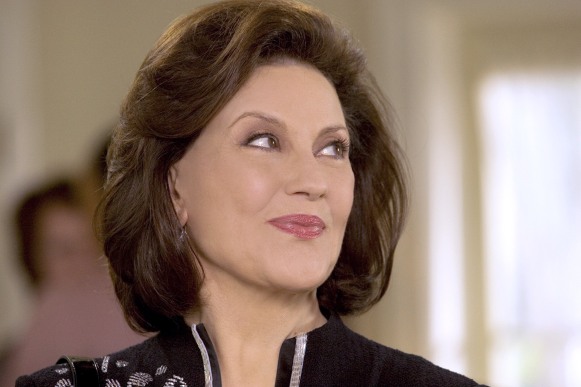 Who? Emily Gilmore (Kelly Bishop, Gilmore Girls)
Why? Not technically a ‘big screen’ character but Emily stays. (She was in Dirty Dancing and a load of other films, what more do you want from me?). Em might seem like a controversial choice with a few decades on the rest of us but man is she good fun. Appreciates a damn good drink, always comes through for her loved ones and is the sassiest person in the Stars Hollow area (yes I know she’s a way out of town). You’d always be drunk and/or laughing your arse off round Emily’s.
What she’d teach me: How to burn my haters with the flick of my tongue (not like that, you pervs). 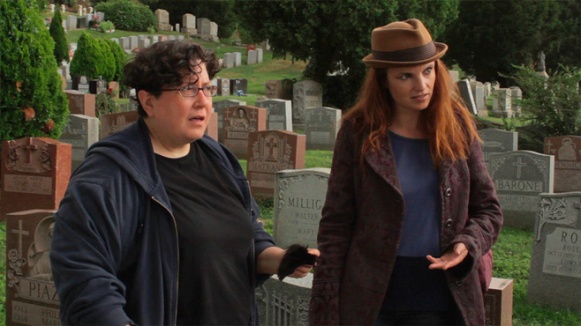 Who? Margaret (Lisa Haas, The Foxy Merkins)
Why? Why not? She’s so adorable. A bit bumbling but then so am I. She’s a hooker in the loosest sense of the word and one could argue, the worst of all time which just makes her more endearing. Margaret would most certainly be the ‘Bad Sex’ storyteller of the group. TBH I’ve just been reminded of the single best quote in cinematic history, uttered by Margaret about her plus size vagina to “The Mumbling Erotic Accessory Salesman” trying to sell her a merkin.
What she’d teach me: How to be resourceful when I’m down and out. 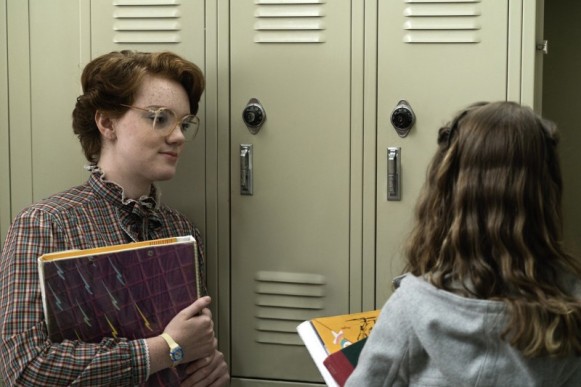 Who? Barb Holland (Shannon Purser, Stranger Things)
Why? Barb’s another small screen sensation but I was hardly going to exclude her from my dream girl gang, was I? Every squad needs a sensible type and Barb’s not a great drinker, is the designated driver and will worry about my morals for me (although p. sure that ship has sailed and circled the globe several times already). I’d keep her away from pools and beer cans though, she’s a bit of a liability.
What she’d teach me: To make the right decisions. Maybe. Probably not. But she’d try.

My tribute to Barb, here.

Who do you choose for your Girl Gang? ❤