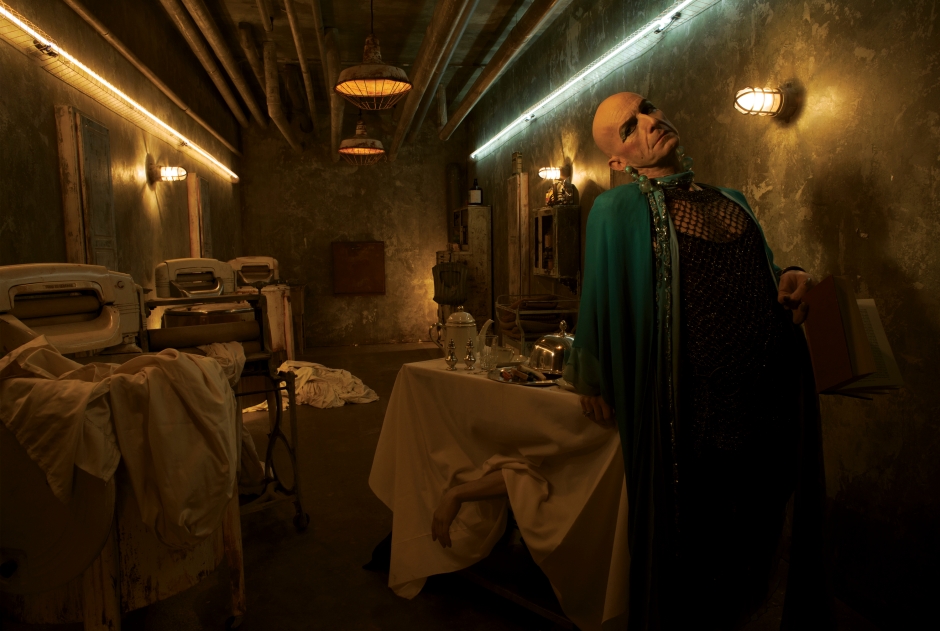 Just like that, I am done. I can now dip into Apocalypse with a well-rounded understanding of all the characters, and where they cross-over/feature in each season. It’s so Stephen King!

I have absolutely loved my AHS marathon (which didn’t include Cult because that one is still so recent). Here are my thoughts:

Freak Show starts strong but seems to drag in the last few episodes. Honestly, it could be cut by a couple of those, and the same could be said for the next two seasons as well. Like, we get it – let us live. As with the first two seasons, there’s a lot going on. The addition of Edward Mordrake is fun and it takes away one of the main villains early on (Twisty), leaving the coast clear for Dandy to step in as main psycho. But there’s so much to keep up with that it made my head spin a bit. I have also started to notice a trend for happier endings (for most of the characters) and it’s nice but also not really what I want. I sometimes want the wicked characters to get their comeuppance.

I also don’t really like Sarah Paulson‘s characters (Bette and Dot) in this (really bad FX) and find the addition of Neil Patrick Harris‘ Chester Creb a bit annoying (although it does bring back in the amazing Jamie Brewer). So it’s fun but could be condensed and therefore stronger as a result.

Evan Peters and Jessica Lange are spectacular as per and I really enjoy my attraction to Paul the Illustrated Seal. Frances Conroy and Emma Roberts are a bit wasted though – I prefer Emma when she’s being bitchy.

I did appreciate the tie in to Asylum as we meet Pepper again and then follow her journey to Briarcliffe. It’s sweet and sad but it’s nice to get a little bit of background on this character, who is played wonderfully by Naomi Grossman. We also enjoy a flash of Asylum’s Nazi doctor (James Cromwell) who is directly involved in a very macabre story line featuring Elsa Mars. This says a lot about me but I love the snuff stuff, it’s so horrible and that after all, is why we are here. 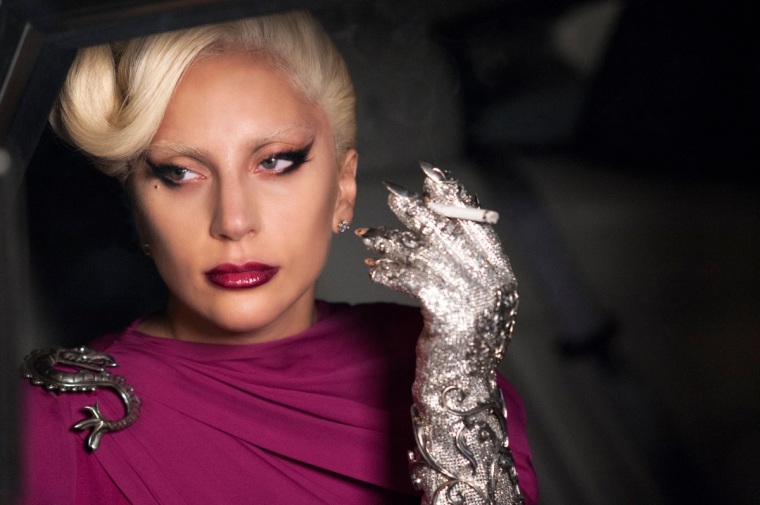 Hotel is majestic tbh and maybe my second fave. It is the first AHS without Queen Lange however, but Gaga does a mighty job as The Countess. Highlights here are Liz Taylor (Denis O’Hare) and Kathy Bates’ downtrodden Iris, especially when they team up against The Countess for some messy, bloody revenge. Again, this could be cut down a bit but when the setting is as wonderful and The Shining-esque as the Hotel Cortez, who’s really complaining? Evan Peters’ James Marsh is a little OTT but the Devil’s Night episode is magnificent. Lily Rabe is perfect as Aileen Wuornos.

Things that don’t work for me so well are Chloë Sevigny as Alex (she’s so amazing, why can’t AHS use her appropriately?) and I don’t give a damn about the Children of the Corn kids or frankly, serial killer (surprise!) John Lowe. What a dull family! See also: Rudolph Valentino and wife. Zzzzzz.

It is awesome to have Sarah Paulson back as Murder House‘s underused Billie Dean Howard though. 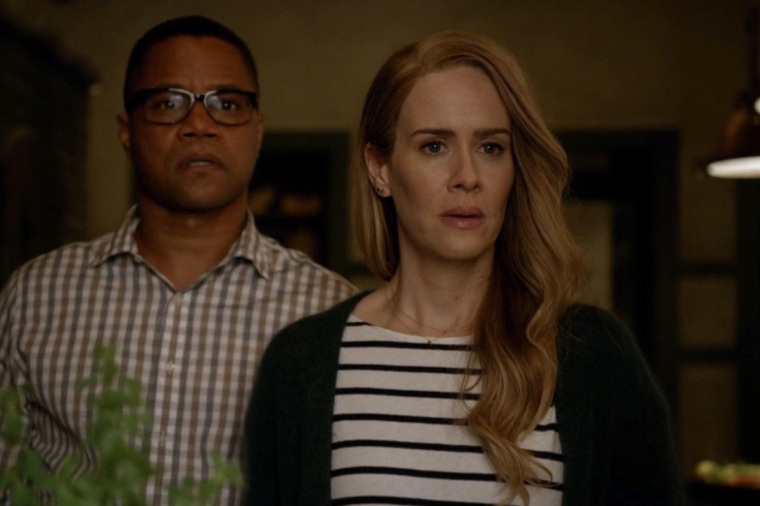 This one is good because it really plays with structure and tries something new with the reenactment concept. It is also over long and very messy in places. For a time, in the second part when the real life characters and the actors who played them are trapped in the house, I lost the will to live for a while. There are good elements, don’t get me wrong but I didn’t really understand a lot of it – like Gaga’s character Scáthach – who never really comes to fruition and then just sort of peters out.

I still like it though and I particularly love the horrible Polk Family. Adina Porter enters the AHS franchise as the real Lee Harris and I bloody love her. She was amazing in Cult and she’s in the new one too, so yey for that! Sarah Paulson and Kathy Bates both deserve to be strung up for their accents though, there’s no excuse. 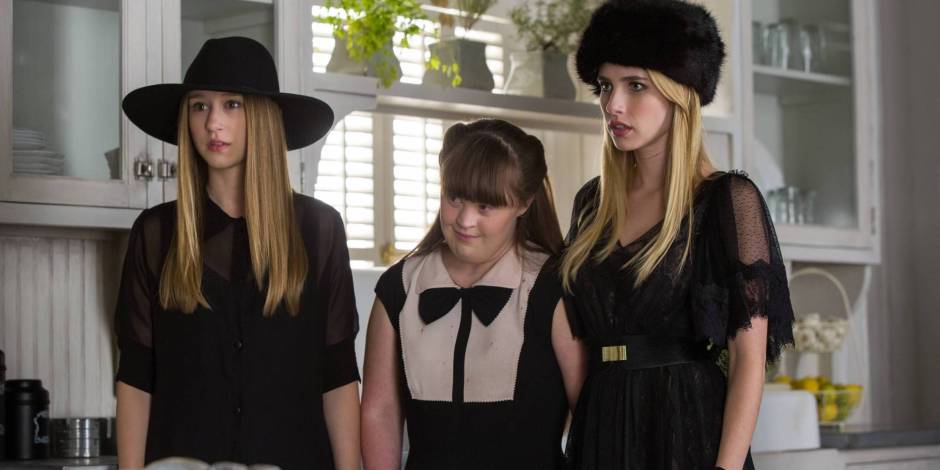 The last three/four months of the year are always my favourite. From late September to January I love reading ghost stories and watching horror from the comfort of my warm flat. These dark stories, they light up the long nights and I love them even more then. So my treat to myself this year is to revisit American Horror Story from the start (thank you Netflix).

Well, call me committed because I started two weeks ago (early, sue me) and I’m just about to finish Freak Show. My relationship with this show has been complicated in the past – when it first burst forth with its demented artistry – I loved it.

I gobbled up Murder House, Asylum and Coven without a second thought. But I ran out of steam when if came to Season 4 (Freak Show). I experienced the same with Hotel and Roanoke, and I’m not even sure why. I was enjoying myself and then, I must have got distracted.

I finished Cult though and I’m gagging to get into the new season, Apocalypse but not before I’ve re-watched everything from the beginning. And I am loving it so far!

Here are my thoughts on the first three seasons. *Minor spoilers* 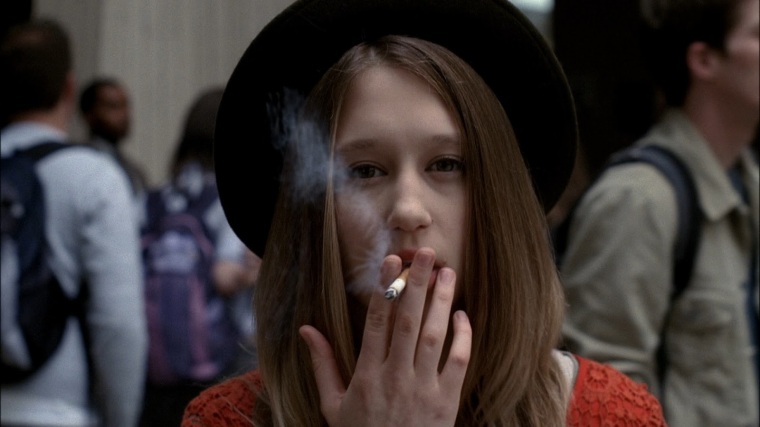 The original but not the best in my eyes. Thoroughly enjoyable though – not least because it reintroduced us to the old school magic of Jessica Lange – who is the undoubted Queen of AHS. MH is a bit of a mess in the sense that it crams a hell of a lot into it – so many murders occur in that house it’s hard to keep up – but I really appreciate the set up.

I’m especially fond of Interior Designer Chad (Zachary Quinto) and his lover Patrick, cut down in the middle of a blazing row – and trapped together in the Murder House for all eternity. 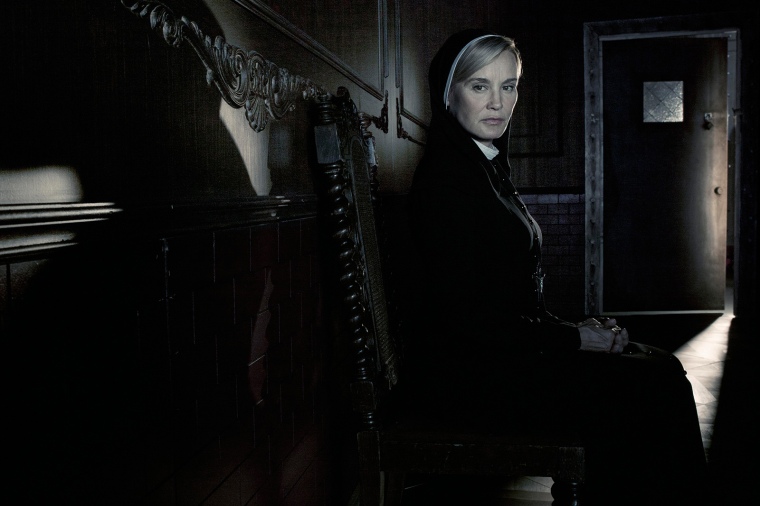 Same criticism as above but more so with Asylum. So much going on and a lot of it doesn’t quite come to fruition – Nazi doctor story line, I am looking at you. But it is horrible and darker somehow (yes, even darker than gimp rape).

Lange’s Sister Jude grapples with her own personal guilt as she runs the show at Briarcliff, a home for the mentally incapacitated. She’s not a good woman and she’s delicious. Working alongside lovely Sister Mary Eunice (AHS regular Lily Rabe) and staff doctor (with an iffy past) Dr. Arthur Arden (James Cromwell), she tends to her patients with an iron first. Her wards include wrongly accused lady murderer Kit Walker (Peters) and lesbian journalist being kept against her will, Lana Winters (Paulson).

On staff also is kind Dr. Oliver Thredson (Quinto) who may or may not harbor a dark secret of his own – but don’t we all?

Asylum features some one-off story lines that kind of muddy the water for me. For instance Arthur Arden, like Charles Montgomery before him, is something of an experimental surgeon but I don’t feel as though they see that through. It fades out in favour of giving more minor characters their screen time. Plus, when he’s accused of being a Nazi doctor by Anne Frank (just go with it), I wanted that to come to something (although there is a passing reference to him in Freak Show).

Plus, there’s the UFO story running through the heart of Asylum that doesn’t really float my boat – though it works better than I thought it did the first time round. Maybe I’m just more tolerant in my old(er) age. 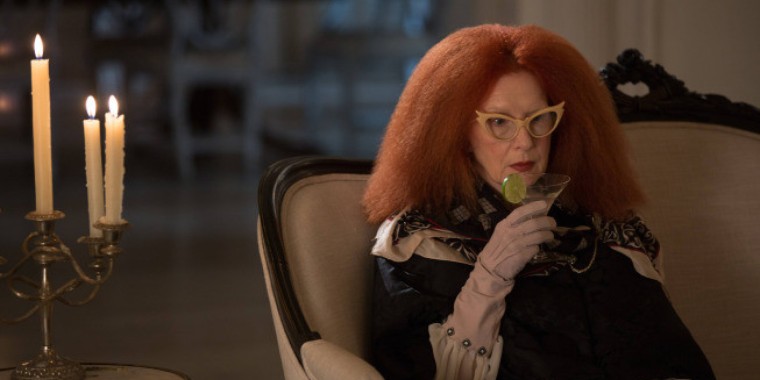 Definitely my favourite to date and you could argue that the format has tightened up for the third story. It definitely flows better – and for me, the witches of Salem make the very best subject matter. Plus, Stevie Nicks!

Emma Roberts, Angela Bassett, Kathy Bates and Gabourey Sidibe join the cast and add another bitchy layer to proceedings. They’re all magnificent and the young witches, including Taissa Farmiga and Jamie Brewer as Nan are dreamy. Especially when Stevie Nicks loving necromancer Misty Day (Lily Rabe) joins them from the swamp.

As for Lange, I think this is her best work. She nails The Supreme Fiona Goode to the floor. As she goes against the long time truce made way back when with Voodoo priestess Marie Laveau (Bassett), she struggles with her own mortality and will stop at nothing to hold onto her crown. As for her life-long rival, Myrtle Snow (France Conroy), I know whose style I’m going to channel in 30 years time.

On Wednesdays we wear black, bitches.

Thoughts on Freak Show, Hotel and Roanoke to follow.

What are you watching?