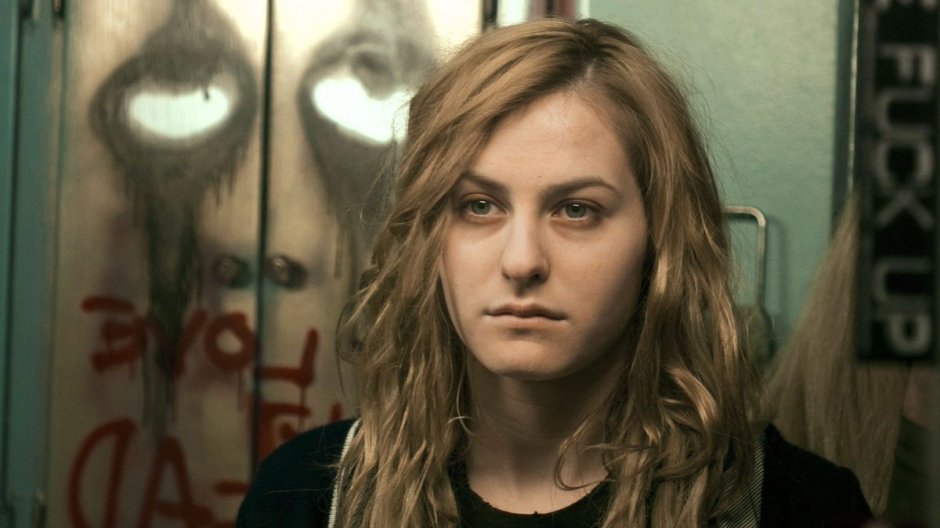 Lots of horror fans refuse to acknowledge Rob Zombie‘s place in Halloween history. Lots of people are torn about the man himself and honestly, I really get it. Personally, I’m a fan and have loved most of his movies. While Halloween & Halloween II don’t really work the way John Carpenter‘s original did*, they do at least try to explore the story from a fresh angle and I appreciate that.

This week I thought I’d pay tribute to the second most famous Laurie Strode in cinematic history, played by Scout Taylor-Compton, an actress with a couple of cool roles under her belt.

This one probably doesn’t need much of an introduction. The character of Laurie Strode is probably one of, if not THE most famous final girl of all time. But just in case, Laurie is the adopted daughter of The Strodes. She is also the baby sister of serial killer Michael Myers who killed their elder sister Judith when he was six years old.

In this version, we meet a young Michael Myers who on the night he kills his sister, also kills her boyfriend and his mum’s horrible boyfriend. This isn’t really in keeping with the original story but never mind. He’s also ten when he commits these atrocities. Anyway, Laurie is really Angel Myers but she doesn’t know it (yet). |Her secret history is just dying to creep out and slap her around the face, thus changing her life forever. How will she handle it?

This Laurie is cool because she takes on all the characteristics of the original character but she also has to deal with the aftermath of the loss of her adoptive parents, after Michael slaughters them. She’s super young and has dealt with so much, having lost most of her friends, the only parents she’s ever known and now, some of her marbles.

Halloween does what is says on the tin (with a little embellishment here and there, including more focus on Deborah Myers (Sheri Moon Zombie), mother of Michael), but Halloween II examines Laurie’s PTSD in more detail. Following the events of that first night, Laurie now lives with Sheriff Brackett (Brad Dourif) and his daughter Annie, who is Laurie’s BFF. The two girls have barely made it out alive but here they are and their relationship is shaky at best. Laurie finds it hard to look at her friend’s badly scarred face without recounting that night and that is driving a wedge between them.

Laurie seeks out faster friends, alcohol and drugs like any normal teen would. But she’s a fighter still and although she’s haunted by the truth once it’s outed, she comes out kicking. Michael’s MO is to find Angel and rejoin his mother in the afterlife, a fucked-up family for all eternity. But you didn’t think it would be that easy did you, Mikey?

The ending of HII suggests that Laurie has completely lost it (and perhaps compelled to take on Michael’s role) as she ends up in an institution but I feel as though there is more to her story. I don’t think of her as the same girl played by Jamie Lee. She’s a contemporary anti-victim and a pretty good FG too. A terrible screamer though.

*For the record I think these movies are too gory (I know, right?) and they take away the things that made the first so iconic. We’re not supposed to know anything about MM, that’s the point. He’s evil personified and we don’t really know what’s going on in his head. But they are kind of fun too.

Thanks to Vinnieh for the horror questionnaire. You can read my answers to the first one here.

I hope you’re all having a positively spooky Halloween month. Mwahahahahah! 🎃

As a horror freak I have always loved Halloween. It’s not as huge here as it is in the US or North America, of course but it’s still always been my very favourite holiday. Ever since my Step Son came into my life and we’ve been taking him trick or treating it’s meant even more.

I particularly respect the adults who throw themselves wholeheartedly into their chosen part on the night. This year I’ve decided to go all out and have not one but two costumes planned. The B’s are going to a Halloween house party at the Haunted House on the Hill (AKA my friend Mix’s house). She’s been planning it for months.

I will most definitely reveal more of that when I can, but I’m keeping things under wraps for now. When Mrs B goes to town, she really goes to town. Instead, let’s talk about my favourite horror films to watch in the lead up to All Hallow’s Eve, shall we?

In no particular order:

Man, I loved this movie as a teen. It still shits me up and everything about it, from the music to the story of the how Candyman became Candyman, was spot on for me.

One of the original ‘Video Nasties’ of the seventies, this film is older than I am (and that’s pretty ancient, let’s face it). It’s up there with one of my favourites because I find Leatherface and his family utterly fascinating.

Even more fascinating is the fact that this is loosely based on the real life of Ed Gein who was a messed up individual. Horrible, bleak and hopeless, this is the complete opposite of a feel good movie but you’ll be rooting for the hippies all the way through it, even though they’re quite annoying. Maybe.

Heavily influenced by the aforementioned Chain Saw Massacre, Rob Zombie‘s seminal masterpiece(s) hold their heads high in my top ten because they’re damn good. Horrifying, creative and at times hilarious, both movies follow the lives and times of the Firefly Family, a collection of truly heinous individuals.

This is a French horror thriller about two college friends, Marie and Alexa, who run into trouble when they spend the night at Alexa’s parents house.

This is one of those flicks that makes you feel sick and will have you peeking out from behind a cushion until its bloody climax. Jumpy as hell and very gory (which I love), it’s a strong horror contender which manages to keep you gripped until the very end. Definitely recommended.

Another movie that likes to play on multiple fears at the same time, it follows a group of women on a caving expedition after one of the gang suffers a horrible tragedy. It’s no surprise that claustrophobia plays a huge part in the overall feel of the movie but that’s the least of their worries when it all kicks off.

Rumour has it that the American release of this movie changed the ending, which enrages me, as I feel the climax is one of the best things about it. Since it’s rare to get to the end of your average horror these days without being disappointed, that’s very annoying. This might just be a rumour but since you might not have seen this move yet, I’m not saying any more. Love this film as it is.

Until very early this year I had no idea how good (and scary) this story really is. Like many people, I adore Kubrick‘s version of The Shining and, although I never thought too hard about it, was a little bemused by Stephen King‘s hatred for it.

Now I understand that it’s merely a re-imagining and most of the very terrifying events from the book aren’t really captured in the film. I haven’t watched this since I read the book and it’s been a while, so I’m not sure my fresh understanding will alter the way I feel about it, but I hope not.

I’m happy for there to be two versions. I must admit, at first, it was hard to imagine my own Jack Torrance without Nicholson‘s insane rendition getting in the way. But I coped.

More of a ghost story than an all-out horror flick, The Orphanage is truly spooky. One particular scene has stuck with me and has to be squeezed out of my consciousness whenever I turn out the bedroom light.

Even sourcing a still for this post has turned my stomach a little but I do think that Martyrs deserves its place on this list. The film seems to play out in three separate acts, and tells the tale of a young woman hellbent on revenge on the people who kidnapped and tortured her as a child.

I can honestly say I will never watch it again, since it’s a horrible ride but I think it’s worth it for the final reveal and for the concept itself. At least it tries to be different. Oh, and it’s also French and those French do horror bloody well.

As if any Halloween list could omit the King of all horror movies! One doesn’t simply forget to reference Michael Myers and his sister, Laurie.

So there you have it – my favourites.

How about you guys? Now I know some of you are big film fans so I need recommendations stat! What are you Must See/Go To Halloween Horrors and why? Don’t be shy!