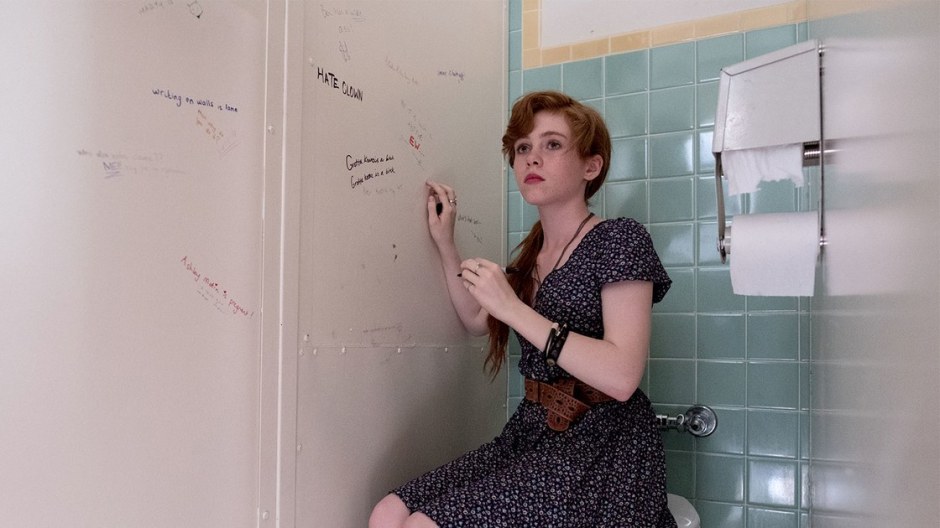 Inspired as always by the brilliant Meghan Lightle and her Avengers Girl Gang, I’ve been thinking a lot lately about the mighty female characters of Stephen King’s books. While some of his books are decidedly female-ccentric, it isn’t always the girls that get the glory. I’m here to round them up for my own personal girl gang needs.

Bev isn’t afraid to get stuck in when it comes to bullies nor stick up for what is right at all costs, and these are qualities you need in a friendship circle. Plus, she’s a ginger like me (in the book and most recent adaptation).

In The Dark Half, Elizabeth is a plucky and resourceful character who has to deal with an awful lot of upheaval when her author husband Thaddeus takes on his supernatural killer twin, George Stark. Stark is best described as other-wordly and not altogether human, born of the page created by Thad himself. When she finds herself caught in all the drama of Stark’s ‘birth’ (read the book), Elizabeth remains level-headed and pragmatic. She’s a mother lion ferociously protecting her twin cubs (twins run the family, what can I say) and she doesn’t suffer fools.

In all of Thad’s scenes I wanted to read more about Elizabeth, who deserves more than just a supporting role. More female central protagonists please, Mr King!

“It was time to teach them All a lesson, time to show them… a thing or two!”

Okay, so Carrie is a little bit freaky deaky but she’s a talented telekinetic and how fun would that be? You could have her tip cups of coffee over mansplainers all day long with no come back.

Plus, how much did Carrie just need a damn good friend to stand beside her and say, You’re fine babe just as you are and these high school days, they mean nothing in the end? I’d take her under my wing and I’d just have to be sure I never upset her.

(Admittedly, the movie version of Carrie White seemed a little fluffier than the book version).

Mrs T is slightly irritating but she’s also a damn survivor and that makes her okay in my book. She’s quick to pick fault in her husband Jack but to be fair he’s not the nicest dude (in the book more so – he breaks his son’s arm even before he goes insane in The Overlook).

I think we’d get on because I know what it’s like to be in a relationship that has you walking on eggshells (past, don’t worry) and I kind of dig her kooky wardrobe. She seems like fun when she’s not stressed out.

Who’s in your gang?

UPDATE: A friend on Twitter pointed out that she’d choose Rose Madder and Dolores Claiborne for not putting up with any shit from men and I realised I’d forgotten to add Rose to my list.

Dolores I’m sure is a worthy contender but I haven’t read her story yet, and can barely remember the film. So shout out to these two women who are welcome to join the gang anytime!